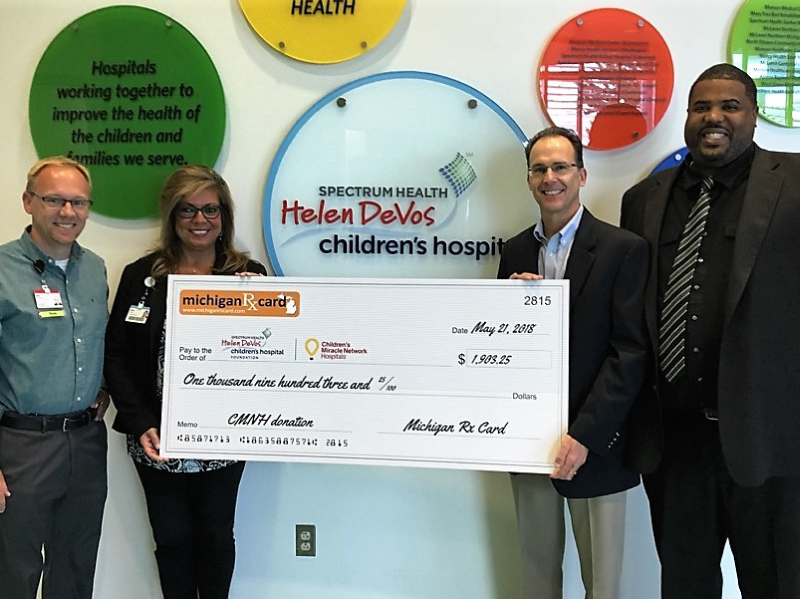 After the presentation, Rob, Cameron, and Jim discussed plans to distribute CMN “Thank You” postcards throughout the community and to collaborate more closely over the upcoming months in order to raise awareness of the Michigan Rx Card and CMN relationship and to increase donations to the hospital.

Since 2015, the United Networks of America partnership with Children’s Miracle Network Hospitals has raised over $2.4 million dollars for local children’s hospitals. Of this, $1,903.25 has been raised for Helen DeVos Children’s Hospital.